David Cohen is working on Homer in seeds. He's doing the underpainting now. Soon it will be time to get pasting! 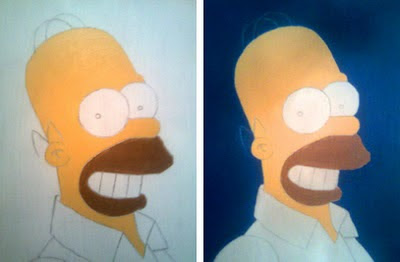 Posted by David Steinlicht at 2:38 PM No comments:

Here's Teresa Anderson with a tale of crop art horror.

Those of us who are nerdish enough to complete our crop art project early are then faced with the problem of storing it safely until the State Fair. As our dog ate the sunflower seeds off a previous year's entry, I decided to store this year's rather ungainly 3-D effort in the cool, dark basement. The very next day, I went downstairs and discovered a confused bird flying around! Fortunately, he (she?) had not discovered the potential seed source. I then moved the THING back upstairs where it sits on the unused dining room table, covered by this beautiful dust cloth. 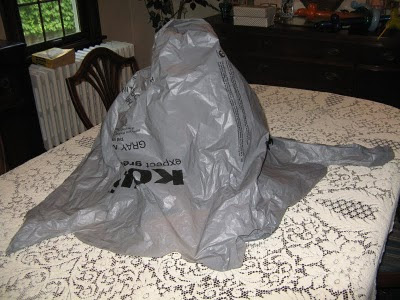 Posted by David Steinlicht at 8:19 PM No comments:

Starting my piece by painting the board.

Posted by David Steinlicht at 10:12 PM No comments:

I recently entered the Soap Factory gallery's Ten Second Film Fest. From the submitted entries, they chose 100 films (by artists throughout the U.S. and in other countries) and projected the films on an outdoor screen near their gallery near the Mississippi River following fireworks on July 4. They put 10 films in each of the 10 chosen categories (Hangin' Out, Wildlife and Dance Party, etc.).

Two of my three films were selected, including "The Bad Seed" -- above. The rules suggest that the films be made on low-tech means like phones and still image cameras with video option. The winners were chosen based on a panel of three local celebrity judges and the reaction of the crowd. "The Bad Seed" placed second in the Mindless Violence category.

There were no monetary prizes given out and the trophies were thrift store rejects, but it was a really fun event. There was a singing MC, live band and free-flowing beer too.

This is my first attempt at stop-motion animation. Perhaps my inspiration for this film was based on the subconscious frustration and hostility I feel when I'm fighing with a stubborn, spinning turtle bean at 2:30 am while working on crop art in the middle of night. Only Freud knows for sure.

As seasoned crop artists can probably guess, the seeds used in this film were turtle (black) beans, one red kidney bean and wild rice (as the bullet).

At this time, Laura Melnick has finished one piece and its contemplating another. Here are two views of her new work. Amazing! (Click for a closer view). 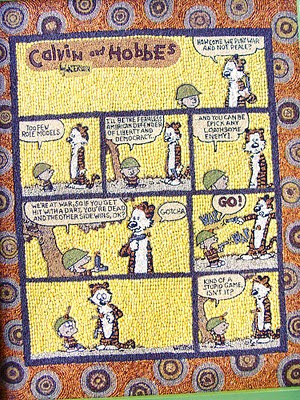 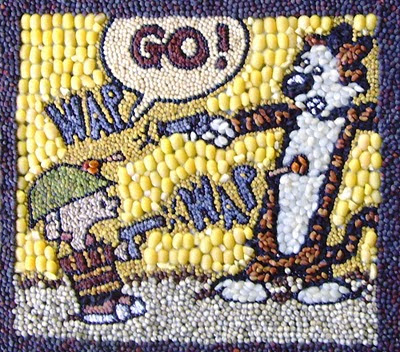 Posted by David Steinlicht at 9:24 AM No comments:

According to a Star Tribune article, Darlene Thorud is already working on her crop art for this year's State Fair. 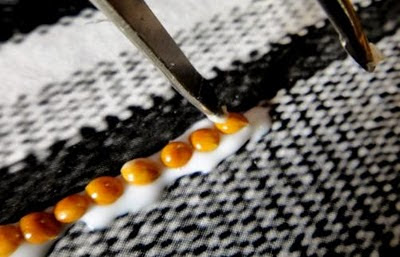 Posted by David Steinlicht at 9:21 AM No comments: